Harry Potter and the Cursed Child is the eighth book in the series…nineteen years later. We meet Albus Severus Potter, daughter of Harry and Ginny, who is about to go to Hogwarts for the first time. At Hogwarts, Albus is sorted into Slytherin and makes a new friend, Scorpius who is Draco Malfoy’s son. When Albus overhears a conversation he is not supposed to hear, he sets out to change time to bring someone back. What will he find? I loved this book a lot because of the magic and adventure, but I felt like it didn’t have a lot of J.K Rowling’s voice in it. 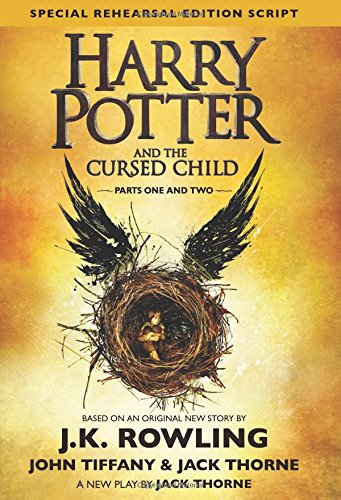 Harry Potter and the Prisoner of Azkaban is about a boy named Harry, who goes to Hogwarts and learns that the serial killer Sirius Black, who broke out of Azkaban,  is coming after him. Harry isn’t really scared, until he is getting creeped out when Harry sees “The Grim” 2 times, which is a death omen. Then, his best friend Ron gets dragged away by a big black dog, He and Hermione go after him, but what will they find? Harry Potter and the Prisoner of Azkaban is the 3rd book in the Harry Potter series, and the best of them all, in my opinion.